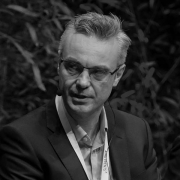 As part of my selection for #LinkedInTopVoices 2018, I was asked to write something about me that isn’t on my LinkedIn profile. This came to mind.

At the end of 2007, after 17 years in executive search, I co-founded, along with Mike Clarke, a renewable energy installation company. In May of 2008 we passed our MCS accreditation to install Solar PV and Small Wind (we later added heat pumps and solar thermal). Things were slow, pre Feed in Tariffs, but we worked for some committed small businesses and home-owners. One day in the office I received a call from someone saying he was representing Bear Grylls and had a site they wanted to power through renewables. Now, I don’t watch much TV, so I wrote on my pad ‘Bear Grills restaurant’ and took some notes.

Long and short, it wasn’t a restaurant, but survival TV specialist, ex SAS and Ultra Boy Scout Bear Grylls, who has a small island, just off of the North Wales coast. He was conjoining the light house keepers cottage with an outbuilding, and wanted to have some power beyond the Genset on site. We designed a system incorporating a 3kw wind turbine from Proven Energy, as they were, and a 2 kWp PV array, Sanyo/Panasonic panels, and an SMA inverter, complete with heat/power dumps (batteries weren’t really a thing at the time), and back-up provided with the Genset on site. 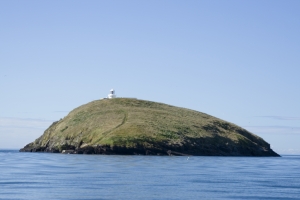 The first trip to site was via a very slow boat, tools and all, from a local harbour. Now, I can just about wire a plug, and I’ve never been one for hard physical work, but I took the opportunity to tag along as a labourer (we ended up with 50 staff, but had about 4 at the time).

The next trip we were collected by Bear himself, in a super fast Rib. I arrived at the island on that occasion very wet and sea-sick. Never before or since have I had such a firm handshake from a man introducing himself “Hi, I’m Bear”. 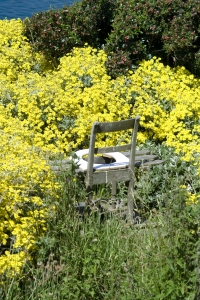 It’s fair to say it wasn’t just power that was being improved on site, though I’m not sure how much use the toilet in the picture got use before the renovations. Great view though, and fresh smelling!

I learned a few things from this project. Many actually. Firstly, tradespeople deserve huge respect for the hard work they do, sometimes in unforgiving weather or circumstances. On this occasion the weather was scorching blue skies with very little shelter. The two litres of water I’d brought didn’t last long, and I suffered terribly with dehydration. The next day felt like the biggest hang-over ever, despite not a drop of alcohol being drunk. Lesson two, drink lots of water.

The two biggest lessons though were to see in action just how renewable technologies can bring power to remote, off-grid places, and that that could be, and is extended to homes, factories and buildings, as we later did as a company. I saw decentralised energy in action for the first time. And loved it. It was inspiring.

The biggest lesson of all though was that I could dedicate my career to clean energy and clean technology, building companies, as I did then, and as I am doing now, both directly and vicariously with Hyperion Executive Search. Making a good living, and making a difference to the world in which we all live.

We all know the climate and pollution challenges we face in the world today. We all know at times the 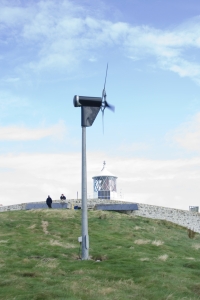 odds seem insurmountable, but I know I can look my children in the eyes and tell them I did what I could. I’ve installed many MW’s of renewables, and am now supporting some of the best cleantech businesses on the planet to grow and succeed. Best of all we’ve created a brilliant team of like minded individuals at Hyperion, and on a daily basis we meet, speak to and support others who share our beliefs, passions and hope for a better, cleaner future. All thanks, in some part, to Bear Grylls.